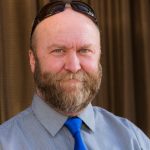 when it was registered locally as Volunteer for the Visayans (VFV). VFV has been funded over the years in part by the GoAbroad Foundation a non-profit arm of Troy’s company GoAbroad.com.  Troy has a graduate degree from the University of Colorado in International Studies and was drawn originally to the Philippines as a volunteer. “I was intrigued by the colonial Spanish influence and the Asian cultural heritage.  Every volunteer experiences the amazing hospitality of the Philippines as well as the diverse cultural influences.  The needs are as overwhelming as they were 20 years ago, VFV does an incredible job alleviating those needs in the Visayan Islands.” The model of fiscal sustainability through volunteers and donations, the community buy in and cultural sustainability via the community centers and the emphasis on children, health and education has developed into a unique model of NGO sustainability which has been reintroduced in many NGOs around the world. 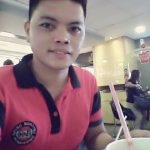 Richard Gamez Dico – Richard grew up in Tabon-Tabon, Leyte, Philippines. He graduated from Eastern Visayas State University with a degree in Industrial Education. An active community member, Richard has worked as a barangay official in his hometown and also served as a volunteer coordinator for VFV for 6 months. Still very much committed to VFV’s mission, he is now a secondary education teacher.

Jefanyl Alura graduated in 2004 with a degree in accounting from St. Paul’s Business School befor 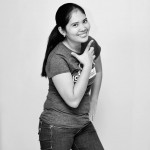 e qualifying as a certified public accountant in 2005. Jefanyl currently holds the position of Finance and Accounting Director for GoAbroad.com and has held previous positions as an Assistant Manager at a major accounting and auditing firm. As our Board President for Volunteer for the Visayans, Jefanyl is responsible for the check and balance of the organization. In her years at GoAbroad Jefanyl has devoted many hours of her own personal time to help VFV achieve clear and transparent finances. Today Jefanyl is a keen advocate of VFV and volunteers her own time on activities such as tree-planting and coordinating activities with the children on VFV’s Child Sponsorship Program. Jefanyl lives in Tacloban with her husband and four children. 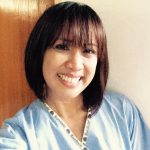 Sharon Gaye Estrella graduated in Ago Medical and Educational Center with a degree in Bachelor of Science in Physical Therapy. Today, she is a Physical Therapy Technician in Eastern Visayas Medical Center in the northern part of Tacloban City. As our Board Vice President she is also responsible for the check and balance of the organization. Sharon is an active supporter of the various projects of Volunteer for the Visayans.