VFV is based in Tacloban City on the island of Leyte in Eastern Visayas. Tacloban is approximately 360 miles south-west of Manila and is well-known as the site of U.S. General Douglas MacArthur’s Leyte Gulf Landing, which marked 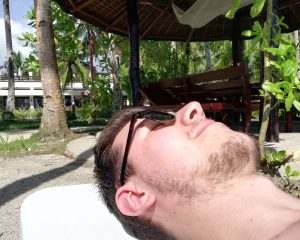 the start of a fierce campaign to regain the Philippines from Japan during World War II.

Tacloban is the capital of the Province of Leyte and has a population of about 242,089 people. The city offers international volunteers an opportunity to be immersed in a unique Asian culture, which is at least partially left untouched by Western Culture, especially in the rural areas. In November 2013, Tacloban was one of the most devastated areas of the Philippines when Super Typhoon Yolanda (Haiyan) ravaged through the Philippines; therefore, the city and surrounding areas now present an even greater range of opportunities for international volunteers.

In addition to servicing Tacloban City, VFV has a community center near the local dumpsite in the Barangay of Sto. Nino and a community center in the rural village of Cangumbang, Palo. VFV also has some sponsored children and volunteer opportunities in Ormoc City.

Tacloban is easily accessible by air from Manila or Cebu through daily flights offered by Philippines Airlines, Cebu Pacific, and Air Asia.