You may wonder. Is it possible to strengthen already established relationships with the locals after volunteering? The answer is a big yes! Read on to find out.

Here’s John’s story. First, John volunteered. He took a sabbatical break in 2015 to volunteer with VFV. John chose to work at the rehabilitation centre for young boys in conflict with the law. After just over 3 months  of volunteering, he established what he considers life long relationships with his host family, the VFV staff, and everyone at the boys rehabilitation centre. Since his first and only time volunteering in the Philippines, John has supported a sponsored child and a VFV project. And since then, he already made two subsequent visits in 2017 and 2019.

Volunteering isn’t new to John. John already involved himself with several volunteer programs, both abroad and local even before he joined VFV.  He volunteered in Senegal, and since settling in London, John worked in a range of programs. He volunteered at a literacy and numeracy program for underprivileged school children, a homeless/drop-in shelter, and subsequently became lead volunteer at the warehouse of his local food bank. 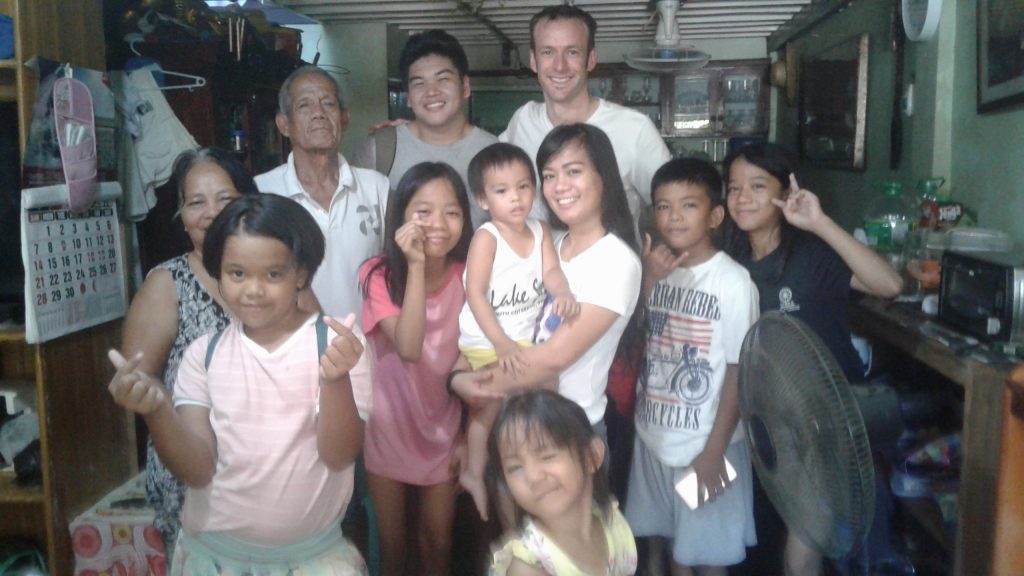 John with his Tacloban host family

So when the opportunity came to volunteer abroad, John chose VFV. He was drawn to VFV because of the homestay being a core part of the experience. He found the homestay experience truly authentic, and on a personal level, life with his host family filled some of the gaps in his own life.

Out of several VFV projects, why did John decide to work with young boys in conflict with law? John admitted that the program resonated with his values as an individual, and also built on experience he gained from previous years.  The rehabilitation centre helps boys, typically in their teens, get their lives back in track through education and skills based training. Also on a daily basis, there is a fair share of basketball, fun, and games. 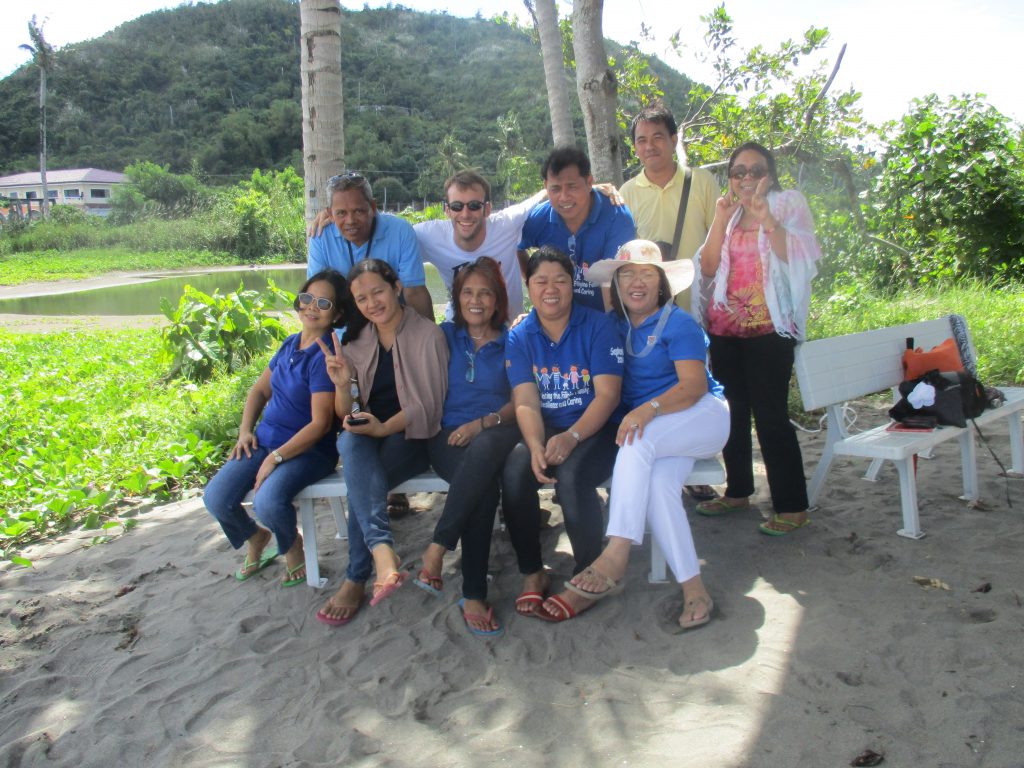 John with the staff of the boys rehabilitation centre

According to John, any prospective volunteer with VFV needs to be open to living and working in a different culture.  Things are done quite differently in the Philippines and can progress slowly. This was John’s experience as a volunteer, although personally, his time at the boys rehabilitation centre was a welcome break from suits and spreadsheets, which was his daily routine at work back in London. He was required to show initiative at the centre in order to keep the engagement level of the boys high.

What did John gain from volunteering abroad? He gained life long memories with his host family, the VFV staff, and co-volunteers. Of special note is him becoming godfather or “ninong” to his host sister’s baby boy in 2017. In the Filipino culture, becoming a godfather is quite an honor.  This experience was so heart-warming that John returned again in 2019.

So, how did a volunteer such as John become a donor and sponsor? John has seen how children benefited from VFV’s Sponsorship Program. So when asked if he could sponsor a child, he readily agreed. And to anyone thinking about sponsoring a child, John fully recommends it because he has seen how great VFV is at providing updates on how the child is getting on. Additionally, John also supports VFV’s Dumpsite Project which helps very unfortunate children. 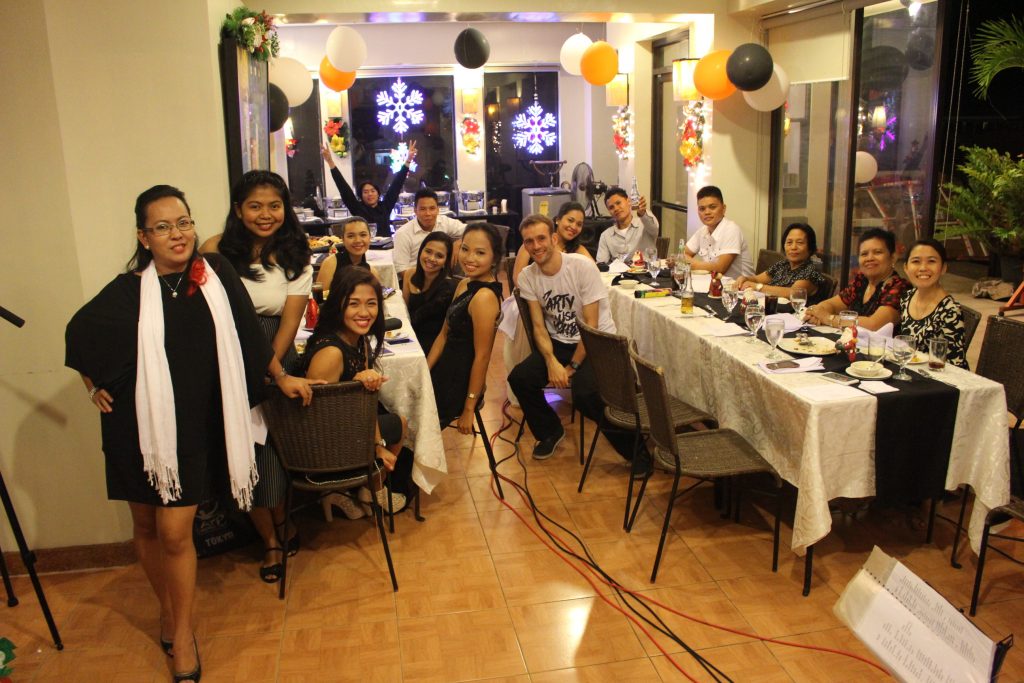 John with the VFV staff at a Christmas party

John could not imagine that such a fulfilling relationship with the VFV staff and the Philippines would blossom from the moment he originally came to volunteer. He commends VFV for a job well done!

And VFV commends John! For making a difference in the lives of his sponsored child and the children of the Dumpsite Project. Thank you very much! We thrive because of kinds souls like him. And we are inspired to continue our work because we know there are people like him who have the same intention as we do – to help the less privileged.