The Covid19 pandemic has left everyone and every organization in the world reeling from its drastic effects. From serious health risks down to the global economic downturn, nobody was spared from its debilitating consequences. VFV, as a grassroots non-profit and non-government organization that it is, was not left unharmed either. 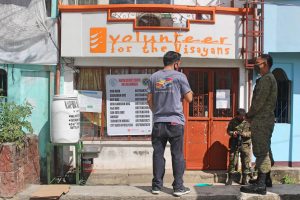 The abrupt onset of the global health crisis in March of last year was marked by global lockdowns and travel bans. VFV, being heavily dependent on the travel industry for its fund sourcing, had found its liquidity seriously challenged. The first dilemma that presented was whether or not it had to retrench its manpower amidst a very difficult time where keeping one’s job is very critical. But sadly, VFV had to lean towards the welfare of the greater majority, that is the children and families that depend on it for support. In May of 2020, VFV had to come up with a painful but very crucial decision. Six out of the twelve staff members had to be furloughed and the remaining staff had to work on reduced salaries – 50% reduction on its operational expenses that is. Said measure however enabled VFV

to get through and continue with its core programs, i.e. Sponsorship Program and Community Program, dodging a much unfavorable consequence, which is VFV having to close.

Since then, VFV has channeled all its available resources into doing Covid response and relief initiatives slightly different from its regular projects. Since funding has always been the challenge, it had doubled its fundraising efforts and reached out to its supporters for extra help. This was however another challenge that VFV had to overcome – asking financial support from outside when everybody else is struggling. All the same, it managed to get help from its donors and supporters who had always been there through thick and thin. VFV owes them a lot and it couldn’t have survived the pandemic without these generous souls being around. 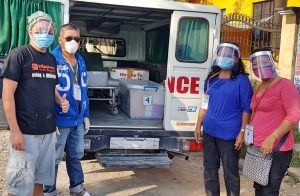 To date, VFV has been focusing its efforts on projects like rice, grocery and hygiene kits subsidy for the families impacted by the pandemic, prioritizing the families of its sponsored children and the communities who belong to the disadvantaged sector even before the global crisis started. It has scaled up its medical supplies support for the government hospitals, rural health clinics and the healthcare workers altogether, recognizing that they are the frontliners crucial to winning the battle against Covid19. Surgical masks, alcohol, hazmats, among others, were donated to these primary healthcare facilities. 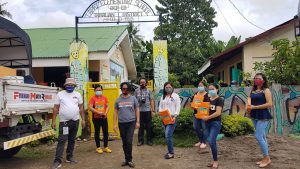 Support for the government schools became also a top priority for VFV. In its no face-to-face classes policy, the government adopted remote and modular teaching as the mode for learning. This however had to be implemented with additional funding for papers and printing materials needed for the voluminous modules that had to be distributed. Recognizing this need, VFV came to the government’s aid thru its adopt-a-school initiative and went on to donating reams of bond papers and some printing materials to the 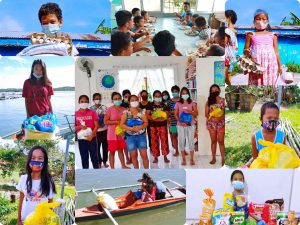 government schools especially those located in the far-flung rural villages.

The big challenge right now for VFV is how to “weather the storm”. With so much uncertainty and unfavorable conditions hovering around, it has to relentlessly look for alternative fund sources and devise new methods compatible with the “new normal”, keeping in mind the welfare of its beneficiaries and its remaining employees. But VFV as always never yields to challenges of this enormity. Despite all these, it can always assure one thing to its benefactors and beneficiaries alike.  That it will continue do what it does best – helping others.