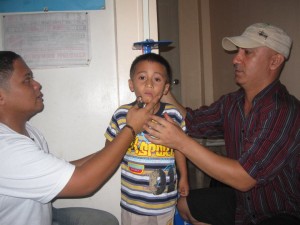 Ali Sadeghpour is a student from the University of Wollongong who stayed as a volunteer with Volunteer for the Visayans for a period of five months in order to complete the research component for his doctor of public health degree.

Prior to beginning his time with VFV, Ali was in frequent communication with the team at VFV, answering questions about its Nutrition Public Health Project so that Ali could adequately prepare himself ahead of his arrival. Whilst Ali initially anticipated having a unique time, he never quite anticipated how his time in the Philippines would be one of the “most valuable and thought provocative” months of his life.

Unlike most other volunteers, Ali was tasked with not only volunteering on VFV’s Nutrition Public Health Project, but was also given the opportunity to take a critical stand point by evaluating the effectiveness of VFV’s projects, providing constructive criticism if needed and observing VFV’s work in the local community. From this privileged position, Ali was able to conduct research into the effectiveness of VFV’s efforts to help promote education on nutrition and to combat malnutrition in more than a hundred pre-school children from rural areas.

“I was welcomed and treated with love and respect” states Ali as he reflectes on his first moments in the Philippines. He later goes on to say that it was the “happiness and simplicity” he observed in everyday Filipino eyes that was ‘mind-blowing’. 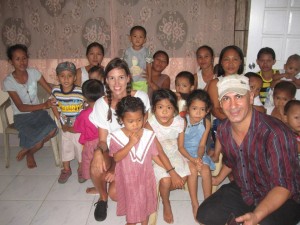 Over his 5 months, Ali researched the effectiveness of VFV’s nutrition program by interviewing the families of children who were enrolled on it’s feeding programs. In total he interviewed more than 100 families from low-income communities in Tacloban City and Tanauan, Leyte. The children in most of these families had suffered from significant to severe cases of malnourishment often as a result of poverty but at times exacerbated by a lack of information dissemination about nutrition and healthy eating. Some of Ali’s daily tasks involved measuring and weighing the children on existing programs as well as taking measurements of children from previous programs to evaluate the condition of children a number of months after the completion of their project. During his interviews he remarks on the nature of Filipinos “I saw the kindness and warmth welcome in every single family that I interviewed” he states.

Outside of his volunteering and research, Ali went on to explore much of the surrounding areas on Leyte and Samar commenting not only on the natural beauty but also on the “unforgettable experience” he was able to have from being part of the community and viewing the Philippines from a different perspective. He further comments on obtaining a completely different perspective on volunteering abroad, having the opportunity to meet some of the nicest, well-educated and open minded people he could ever meet.

Ali’s time volunteering in the Philippines was sincerely appreciated by everyone at Volunteer for the Visayans as well as the local communities he served in. We’re very eager to receive a more detailed account of Ali’s research in the months ahead and are more than willing to accept any other applicants who want to combine field research with volunteering from now on.

You can read more about Ali’s volunteering in the Philippines, along with more personal accounts from some of our other previous volunteers by visiting our Testimonials Page.