VFV regularly sends volunteers to the Regional Rehabilitation Center for Youth to run teaching sessions for residents. Volunteers become part of a dedicated team whose aim is to help troubled boys become model citizens and reintegrate back into society.

I was invited to RRCY for its 35th Founding Celebration. Three months of activities are planned to celebrate this important anniversary. 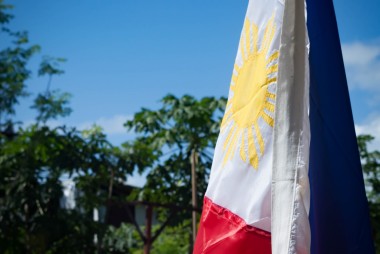 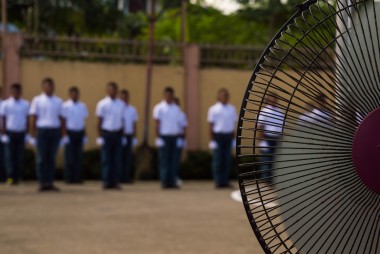 The sun was beating down as the boys, smartly dressed in T-shirts they had printed themselves, paraded around the streets of Tanauan.

Back at the center, a quick change and they were ready for the opening ceremony.

We were treated to some breath taking dancing from the boys which included back flips!

Judge Tarcelo Sabarre then addressed the crowd. He emphasized how lucky the boys were to be at RRCY – to benefit from its facilities and from the care of the staff. He confirmed that he would encourage more ‘Children in Conflict with the law’ to take the opportunity to come to the center.

He said he will speak to other judges and urge them to visit. He will then ask them to make sure boys knew about the benefits they would get by opting to come to the center.

The boys then displayed their marching skills which they had been practising for many weeks. Their ability to keep in time was very impressive. 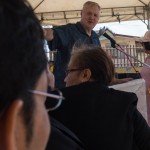 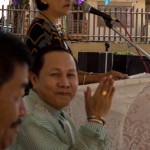 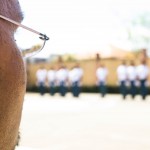 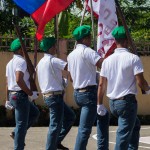 The boys display their marching skills

It was then the turn of Director Macuto to deliver his inspirational message. He spoke of the need for all parties involved in the boy’s rehabilitation to work together with DSWD for the good of society.

Following his speech a torch was lit and the residents made an oath of sportsmanship (sports figure heavily in their rehabilitation).

A competition to raise banners up a flag pole followed. The boys had hand-printed inspirational words on the banners such as industry, honesty etc.

The final activity of the opening ceremony was a basketball toss. Long term volunteer from the US Mr Ferguson had the honor of tossing the ball.

A delicious lunch prepared by the boys was served for all residents and guests.

The boys were congratulated on their hard work and were given the rest of the day off. 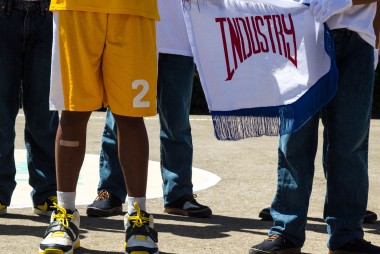 Boys with their team flag 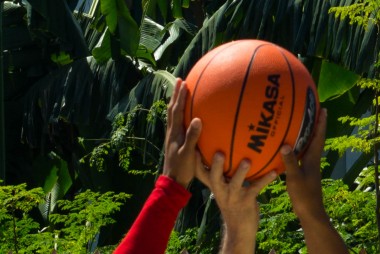 All hands on the ball!

Hope for a brighter future

It was a day for the key players involved the boy’s rehabilitation to come together and celebrate the successes of the center – along with its residents. It was also a day for them to commit to working together for a better future for the boys. As Dietrich Bonhoeffer said ‘The test of the morality of a society is what it does for its children‘.

Find out how you can become part of the dedicated team that helps these boys become happy, productive members of society. Alternatively you can donate (please quote ‘RRCY’ on your form) so they can benefit from more resources.