The pretty garden is full of vegetables ready for harvesting, women stroll around sharing jokes with each other, some feed their babies. A perfectly everyday scene until you realize that the women here can’t just walk out of the gates.  For their own safety they need to stay behind the high security fence – they are residents of a women’s shelter.

The majority of the women at the center have been victims of trafficking and abuse. Many have become mothers at a very young age. Their children live with them at the center.

The mission of the shelter – run by the Department of Social Welfare and Development (DSWD) is to  provide protective and rehabilitative services to help these women resolve their problems, regain their self-worth and dignity.

The social workers co-ordinate with other local government units to help the women reintegrate into society after their stay at the center.

I visited the shelter to see VFV volunteer Anna in action.

Who will be my valentine!

The day I was there a post-valentine’s competition was being held to find a ‘Mr and Mrs Valentine’!
The theme of the day: show love for each other and love and respect yourself.

As well as Anna, trainee social workers and some trainee priests (who also volunteer at the shelter) were involved in planning the day. The room had been beautifully decorated and a stage area set up.

Anna (who as well as studying psychology is a dancer) had been asked to be on the judging panel. 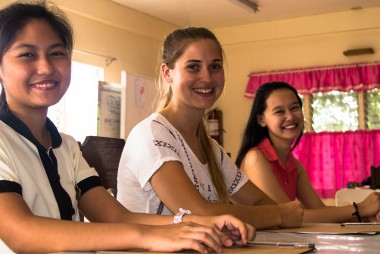 The panel of expert judges 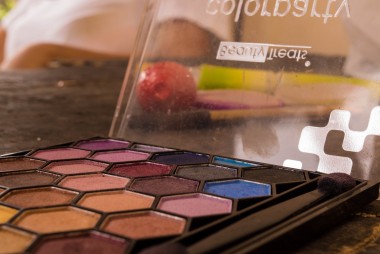 The women enjoyed having their make-up done

The day began with the women having their hair and make-up done by the social workers. They clearly enjoyed a bit of pampering.
The judges set themselves up and the audience (made up of staff and girls from the neighboring girl’s home) filed in.
The women were nervous but there were smiles and laughter.

After a prayer and the national anthem, the competition began. The women and men performed dances then introduced themselves. Each contestant shared with the audience what ‘love’ meant for them. One quote which really stood out was: ‘The true measure of love is love without measure’.

In the talent section we were treated to dancing, singing and story telling. The social workers did amusing sketches  between rounds.
The final stage of the competition was a question and answer session. The entrants had to pick a question from a box and provide an answer. This sounds straightforward but the questions were actually quite difficult. I learned the Filipino myth that if you point at a rainbow your finger will go moldy so you have to bite it to avoid this!
The judges came to a decision and the winners were announced. As well as ‘Mr and Mrs Valentine’ other prizes were also given out. Laughter and smiles filled the room. 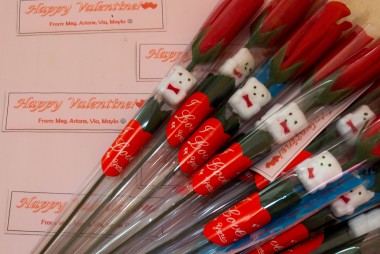 Roses for the women 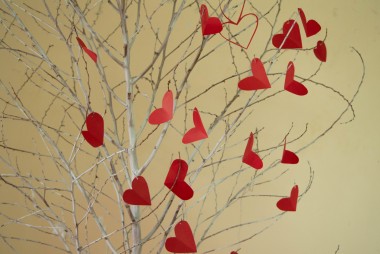 A tree full of hearts

Love is the answer

As we were leaving Anna said that preparing for and taking part in the competition had given the women something positive to focus on and look forward to. She has also listened to the women’s needs and worked on a longer term plan. A timetable of activities is now in place to help build up their self-esteem and boost their sense of self-worth. Teaching the women to truly love themselves is key to their recovery.

If you are a woman aged 20 or over find out how you can volunteer to empower disadvantaged women or donate to help fund this vital service.