Life is not easy as we thought, actually in Philippines, what things that you are going to see in this article about the Dumpsite project will change your mind. Many children scavenge for plastics and other recycle items at the city dump. VFV took their volunteers to the dumpsite to gain an understanding of their backgrounds, customs, needs and their dreams as well. The purpose of those works is to get ideas of people’s lives and try to find a way to transform their lives. 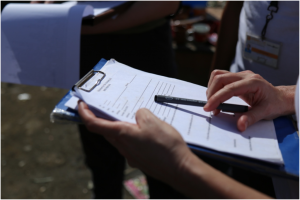 We were heading to Dumpsite/Basurahan on such a sunny day. Alana, Rita and Alisa were chosen for this placement. I represent the Media interns to take photos, notes and summarize this trip. We took 2 jeepneis in order to get to the Dumpsite. When we got there, the beautiful landscape is depicted by the tiny sand road in the middle which is covered by majestic mountains. Alana, Rita and Alisa were asked to interview the people there about their profile, especially their dreams, ambitions. They were lead by three VFV coordinators:…… The environment there is fully affected by the smell which comes from different types of trash. We found out different stories of the people who living there, and the only things we could do was encouraging them for the brighter future. 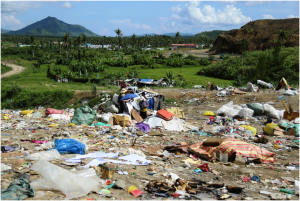 Alisa interviewed a ten-year-old boy which the name is Justin Carbusas. We were all surprised how such a young boy can overcome a difficult life and work day by day. Becoming a soldier is this little young boy’s dreams. He said he would come back to school if school would have been closer. We could see other kids in such a horrible living place in Dumpsite, almost them are living in such small tents which are definitely do not have enough good conditions for growing up. I should think, Philippines government is better to give them a small assistance for those people who living here. It does not need to help all of them to have their own houses, or get better jobs, butat least give a chance for the kids so they can come to school, and assist some of foods which are very lack of in such a difficult workplace as Dumpsite. 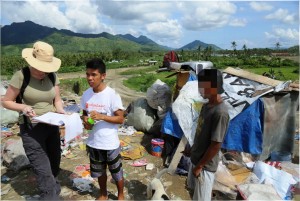 Alana interviewed a few people to understand their backgrounds and the reasons which lead them to the Dumpsite. Almost the reasons are similar; they want to earn a living to help their families. Ruel, which is one of the people who are working there, he told us he was there because there were no other means to send his children to school. Also, there were a woman wants to find a few more income to fully provide for her family. Their ambitions and dreams in life are also simple but very emotional. There is a man who hopes he was able to send his daughter and siblings to school, and also there is a one wish he could let his children finish school so they could have a better future. 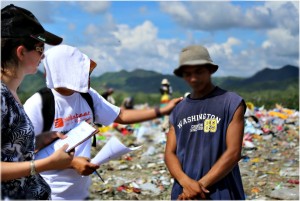 Typhoon is the other main reason which leads some of them to work at the Dumpsite. Rita interviewed a guy whose farm was destroyed by typhoon a few years ago. He could no longer continue his work on the farm anymore and shelters is too far to get back to the farm. He hope one day he could get his own land, his own farm and house as he used to have in somehow. He likes to stopped working at the dumpsite as well due to the money he earns is not enough for him and his family. 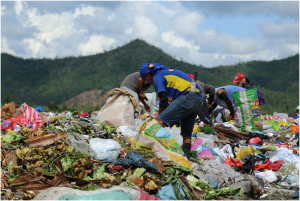 Working under the heat, living in such a low condition place are things we need to solve in a developing countries. Difficult life forces children to come up with those works. The dumpsite becomes their playground and maybe it is the only life they knew.