The Afternoon After the Storm, A Visit To Bliss

As I trekked from Marasbaras towards Tacloban, with my skeleton of belongings strapped to my back and a bag full of every remaining food item in my possession wrapped in my arms, I was in utter disbelief at the scene ahead of me. First the amount of trees strewn across the National Highway, the roots seemingly effortlessly forced from the ground. Then the people; some carried bags similar to mine while others carried items of unknown worth to me, a plastic stool or a single 2 liter of Coca Cola.

As we approached Robinson’s it was clear already that our city would never be the same. Whole walls were demolished, cars windows were blown out, and peering in to the second floor I could see that some of the upper floor had collapsed, crushing the stores below. Just before the round about which divides all the cities major areas, we stopped in the middle of the road and sat on a down coconut tree to get a drink and digest, little did we know we had only taken the first bite. Ahead we could see people wading through water almost waist deep for some, power lines scattering around, cars smashed or flipped on top of one another, and hundreds of people shocked, confused, and at a loss of what to do with themselves. We drank out water quickly, observing those around us and trying to take in the destruction that was engulfing our senses. 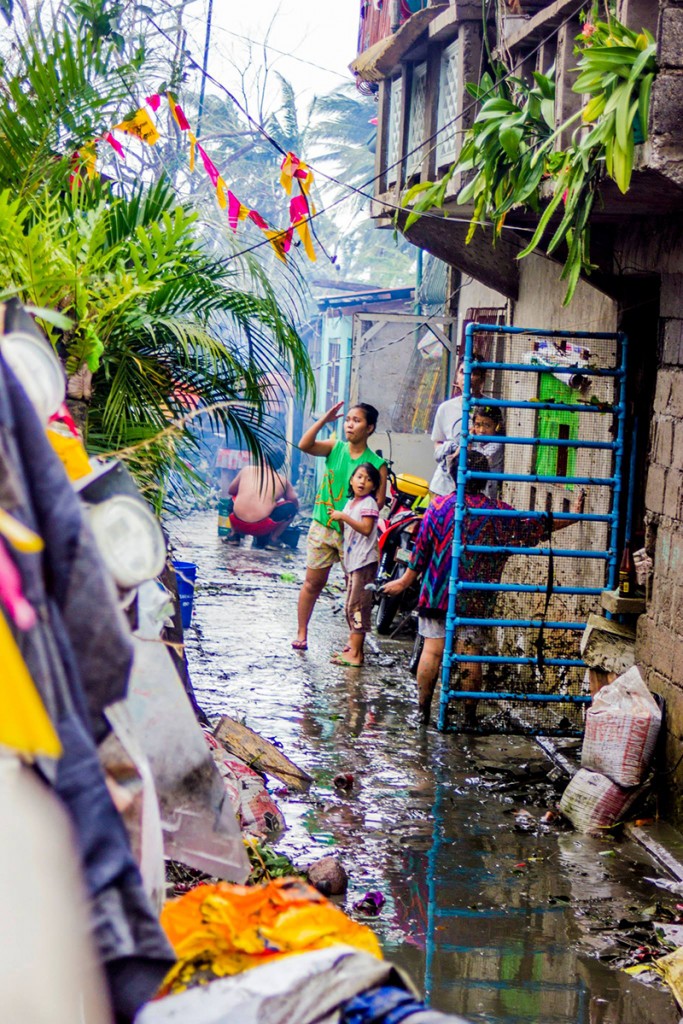 When we set out again, I told my roommates I had to go to Bliss. I wasn’t sure I was prepared for what may confront me in the neighborhood which has become my second home over the past 4 years, but I knew I had to see if the individuals who have become like family had weathered the storm as well as I. We waded through the water, carefully stepping as to not puncture the soles of our shoes, trip a risk injuring ourselves or losing our valuables to the flood waters. The people around us were in a diverse state of being. Some were slightly injured, others were soaking wet or half clothed, but it was clear by the look in everyone’s eyes as we lethargically exchanged glances that we were all in this together. Not one person walking those streets was exempt from the storm. There was not a single person in the path of Yolanda that didn’t feel some element of terror and loss on November 8th.

As we got through the main round about area the water level decreased slightly, but the reality of the storm began to rise. In those next 100 meters we saw two of the first victims who’s lives were taken by the storm, their bodies covered with a blanket. It was something I never imagined I would see along the streets of Tacloban.

When we approached Bliss I was searching for the usual back entrance of my past host family’s property, but before I knew it the yellow arches were right before me, with nothing around them I recognized. My heart began to race and I looked to the right stretching to see if the home was still standing. I turned to my roommates in despair and began walking quickly down the road, stepping over plywood and tin roofs filling the streets. Thankfully before I even entered in to the walkway, which weaves like a grid pattern between the homes, I ran in to my host family’s oldest son. All I could say was, “is everyone ok?” He smiled slightly and said “yes, everyone is ok, the house is just damaged.” I was relieved but still concerned.

We carefully made our way through the walkways, careful not to slip on the debris that was covered with a few inches of black mud. There were pieces of roofs and homes hazardously thrown across the walkways. I made my roommates stop at each home stay family I knew, checking to make sure they were ok. With every face I was presented with, whether distraught, forcing a smile, or nearly in tears, I felt a ping of thankfulness that they were alive.

As we turned the corner, there they were. My god daughter in the hands of her cousin on the plaza, along with many of my close friends from Bliss. I scooped her up in my arms squeezing her tight and giving her kisses. She didn’t seem phased at all, although her older brother seemed somewhat upset as he sat on one of the chairs set out on the plaza to dry. Seeing each one of them lightened my heart, but the damage to the community was evident.

It took me a few minutes to even turn around and look at the VFV center. There is stood, the lounge at the front of the building on the top floor, now opened to extend the balcony; the exterior wall and most of the roof on the top floor were completely demolished. The front door, made of glass, was clearly smashed in. All around me debris was scattered and the entire community was outside their homes trying to literally pick up the pieces, but they were there and that was something to be thankful for. 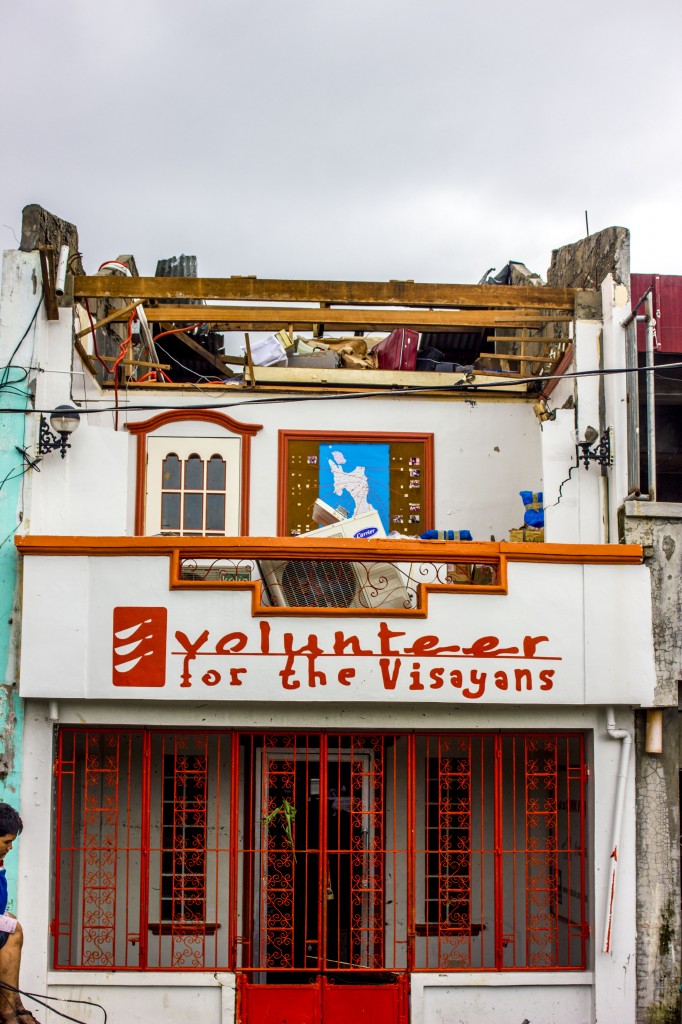 As I spoke with some of the home stay mothers and some of my closest friend their experience of the typhoon unfolded. The wind and rain began early, slowly stirring up any loose items around the neighborhood and bending some of the trees. But the terror of the storm came with extensive, instantaneous flooding that reached well over their heads in seconds. Some of the explained how they got to their second floor just in time before the water reached the stairs, others swam out their doors and climbed in to neighbors sturdy, higher second floor balconies, even with small children wrapped up in their arms. My best friend, just over 4 feet tall who doesn’t know how to swim, lives in a one story house; but when the flood waters rose and her home was almost completely filled she was able to swim out somehow with her grandmother and survive by climbing on to a neighbors roof. Again, seeing her and listening to her experience of the storm terrified me, but she was alive and standing in front of me, clearly the most important part of her experience.

The sun began to set and my roommates and I were determined to reach our office building not far from Bliss. We headed off to our office, unsure of what more was in store. The rest of the day was a blur as darkness fell over the city. The day of the storm was endless, confusing, and left question marks in everyone’s minds:

Do our families know we are okay?

When will we receive aid?

Did everyone we know survive?

Where will we get water and food when we run out?

The first night was not a night filled with sleep. I was restless, awaking at every sound, anticipating yet having no idea what the following days would have in store.