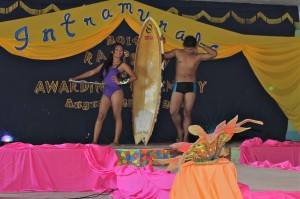 Roselene takes to the Intramurals catwalk

Roselene was presented the trophy for Best in Sports Attire as hundreds of her peers cheered and applauded.

“I feel so blessed because it is one of my dreams to join that kind of competition at school,” said Roselene.

“My father said he was very proud of me,” she beamed.

Roselene is one of almost two hundred children sponsored through VFV’s unique ‘Sponsor A Child’ program. 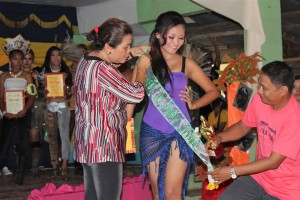 Sponsor children are provided with a school uniform and supplies, academic monitoring, tutoring, health monitoring, and a daily meal.

“I am very thankful to be a sponsor child,” said Roselene.

“It helps a lot with my studies — I don’t have to worry about not having school supplies and it gives me extra motivation to do well.”

Roselene has had her school life enriched and her home life improved with the help of the Sponsor A Child program since she was ten-years-old.

With her recent confidence-boosting victory and the continued support of her sponsor family, the sky is the limit for Roselene. 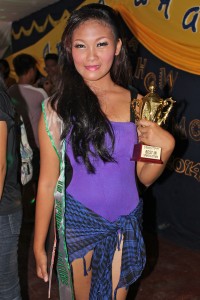 Proud Roselene and her victor’s trophy

“I want to go to University and become an interior designer; I love fashion and styling,” she said.

Would you like to make a difference in the life of a disadvantaged child? Click here to find out more about VFV’s Sponsor A Child program!