Amidst the large scale international relief operations currently ongoing in Leyte & Samar, we here at Volunteer for the Visayans (VFV) are celebrating a few small miracles as we continue to organize relief for more than 250 families affected by Typhoon Yolanda (Haiyan). 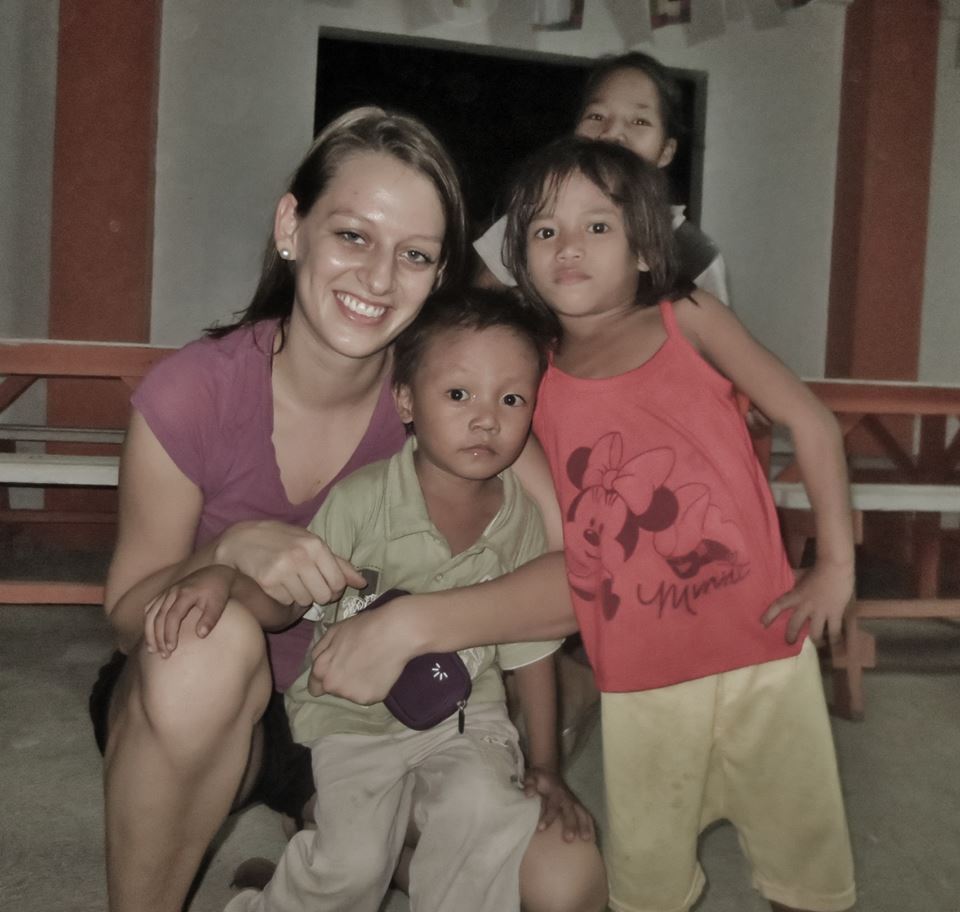 Elsa with some of her children during happier times at the Cangumbang Center.

The most notable story in the wake of the  super-typhoon was the small miracle that occurred in barangay Cangumbang, Palo, Leyte. In the months prior to Yolanda’s landfall, Elsa Thomasma from Sturgis, Michigan, a repeat volunteer with VFV raised up to $40,000 through support of a US Catholic Church in order to construct an evacuation center for the flood-prone community and it’s impoverished residents.

In previous years, numerous homes had been lost or severely damaged as a result of tropical storms and typhoons, urging Elsa to begin the construction in March 2013. The finishing touches to the center were added in late August.

Although the roof was ripped off during the typhoon, all who sheltered beneath survived whilst their homes and possession were swept away in the storm.

Twelve days on since the typhoon hit, Volunteer for the Visayans are continuing relief operations with US Founder Troy Peden leading the way. Peden, 48 who experienced the typhoon first hand, owns and operates local business GoAbroad Philippines Inc. and has opened up his office as a makeshift aid station, offering volunteers, evacuees and journalists a place to shelter and draw supplies.

Peden has also made repetitive journeys to and from Tacloban and Calbayog City in order to replenish relief goods and is now leading Volunteer for the Visayans in initiatives to evaluate the welfare and provide relief goods to over more than 250 children enrolled on Volunteer for the Visayans programs. Peden and Thomasma’s activity has already been documented in major online publications such as USA Today and NBC Los Angeles. 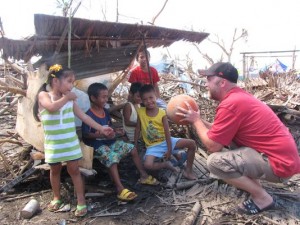 “Finding and securing the welfare of VFV Children is our top priority” said Peden, who is coordinating relief operations with teams in Manila, Cebu and the United States.

The road to recovery will be long, as Peden and the VFV team prepare to rebuild community centers and homes. In the weeks following, the non-profit plans to open education, healthcare and basic social welfare services.

In an official statement, Peden stated that the priorities are [to]:

1. Locate and assess the status of nearly 200 sponsored children/families

2. Rebuild the community centers at Bliss Housing Project and Cangumbang

3. Provide aid for those communities

4. Recruit disaster volunteers, medical volunteers and education volunteers for placement in those communities.

5. Create pre-school and academic tutorials at the centers as a small substitute whilst schools are closed.

6. Establish a relief good route from Manila to Tacloban and storage in Manila.

As of today, VFV has raised up to $40,000 from contributions all over the world thanks to support from our partner, Colorado based 501(c)(3) The GoAbroad Foundation, but we still need more to truly rebuild the lives of every single family we’re responsible for. For those of you that wish to pledge, you can do so by visiting https://visayans.org/donate.